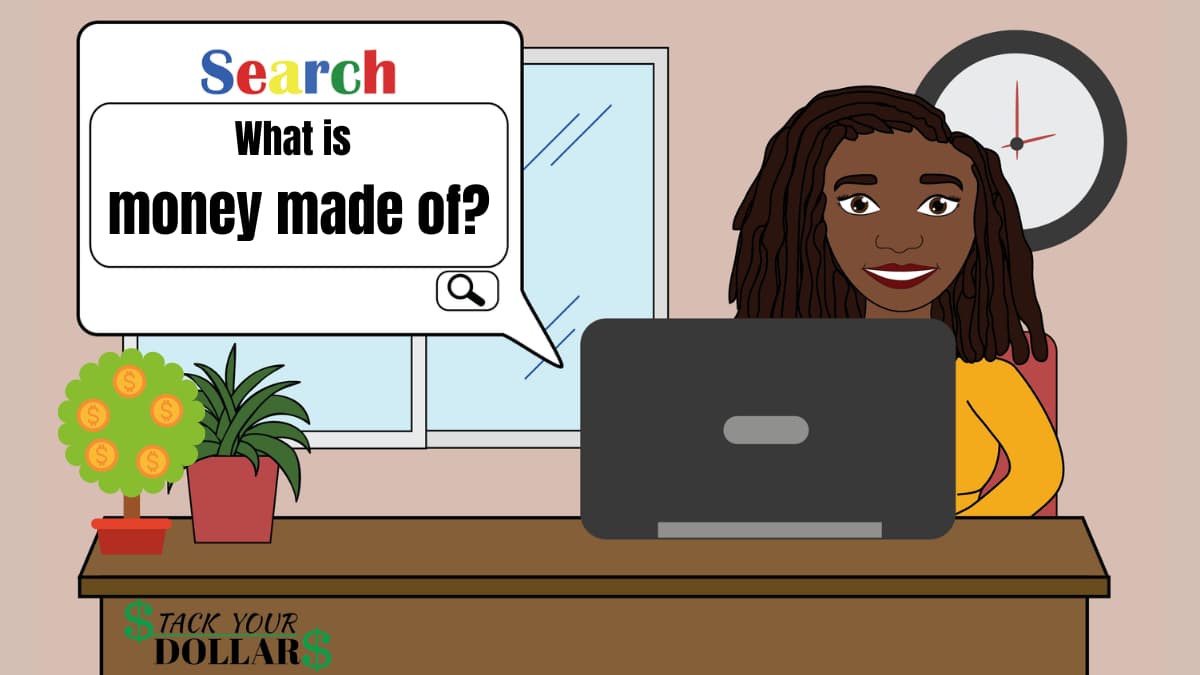 There’s the old saying that, “money doesn’t grow on trees.” But where does it come from then? What is money made of?

According to the U.S. Department of the Treasury, money is made out of 75% cotton and 25% linen in the United States. The front of the bills are printed with black, color-changing, and metallic ink. On the back, there is only green ink. The paper comes into the Bureau of Engraving and Printing on pallets, while the ink is a specially made formula.

What Money Is Made of Around the World

Money is made of different materials around the world.

Related Reading: What makes something “money”? There have been different types of money through history.

Where Money Is Made

The U.S. dollar bill is one of the major currencies of the world. It is made by facilities of the Bureau of Engraving and Printing in Washington, D.C. and Fort Worth, Texas. Billions of dollars are printed each year and transported to the Federal Reserve. There are approximately $2.05 trillion Federal Reserve notes in circulation as of February 2021.

How Money Is Made

In the U.S., money is made by the Bureau of Engraving and Printing in careful steps.

Learn more about the processes on the official Bureau of Engraving and Printing’s website.

Is money made out of paper?

Yes, American money is made out of paper composed of 75% cotton and 25% linen.

What is money made out of? Cotton or paper?

Money is made out of paper, but that paper is made from cotton and linen. Paper isn’t only made from wood pulp, but can be composed of other cellulose fiber materials such as cotton, linen, hemp, straw, etc.