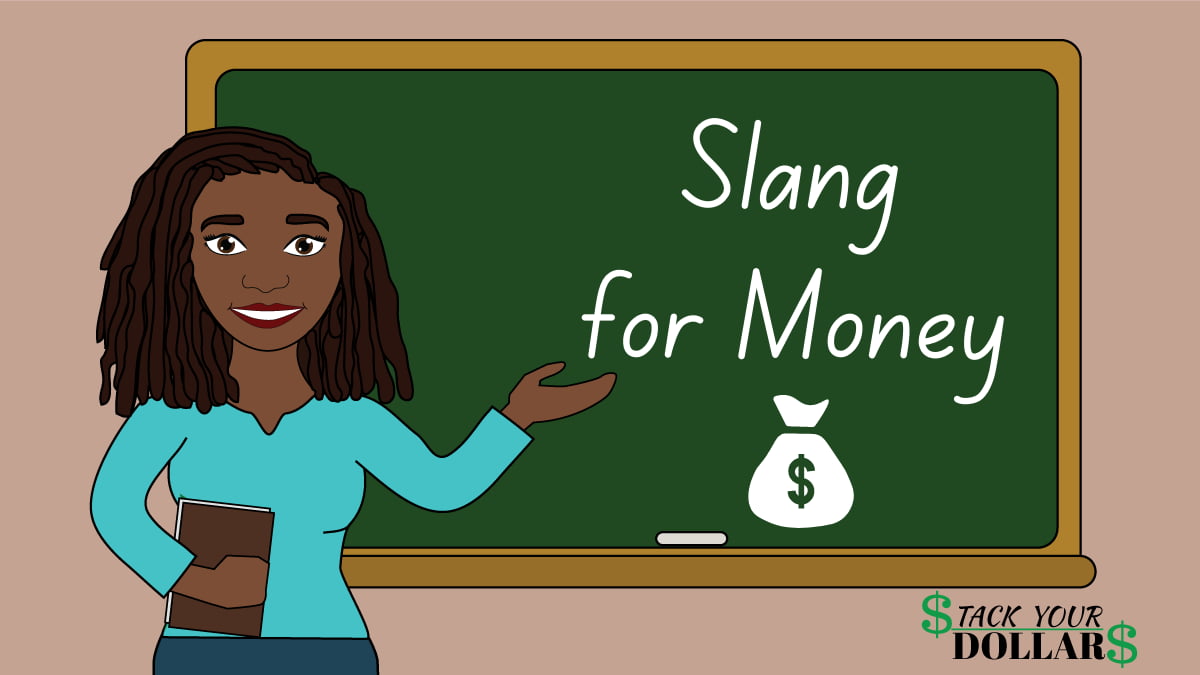 If you’re like me, you find yourself scratching your head whenever you hear a new slang for money. Just the other day, I had to look up a new one that I was completely clueless about.

That’s when I realized that I can’t be the only one who could really use a list of all these money slang. So here it is, your one-stop resource to make you just a little more “hip”.

These slang terms for money refer to a specific value:

Slang for Getting Money

These are slang phrases that refer to making a lot of money:

These terms are for those who are good at making money. Some are positive terms while others can be deemed negative.

How much money is a rack?

A rack is ten thousand dollars.

Benjamin Franklin is the face of the U.S. 100 dollar bill.

How much is twenty large?